Thinking about giving long distance running a shot? Start crossing off your bucket list and sign up for one of the Six World Marathon Majors: 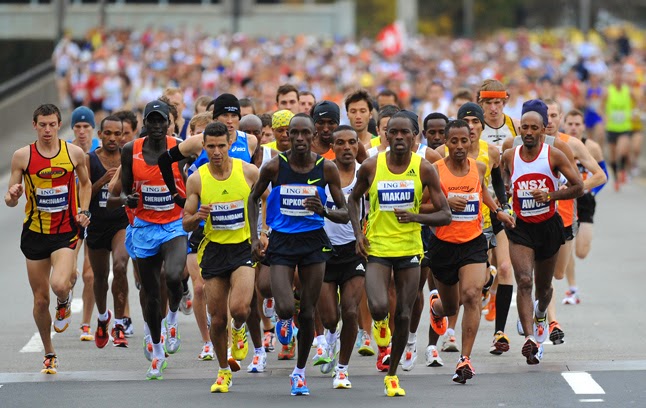 Boston Marathon
Is held on Patriot’s Day, which is the third Monday of April. Was created in 1897, making this race the world’s oldest annual marathon event.

New York City
Known as the largest marathon in the world. Occurs on the first Sunday of November and courses through the five famous boroughs of New York. Started in 1970 and in 2013 there were 50,304 finishers.

Chicago
Acknowledged for its flat and fast course, the Chicago marathon is one of the fastest growing marathons in the world. The first race was held in 1977 and this year’s event will be on October 14th 2014.

Berlin
First created in 1974, it takes place on the last weekend of September.  Recognized as the race with the most world records for both men and women due to its ideal surface and supportive crowds.

London
First run was in 1981 and is held in the month of April. Mostly set around the famous River Thames, it offers a very historic route for runners. In addition, this race caters to amateur runners, for the majority of the 30,000 who participate are dressed up and run for a charity cause.

Tokyo
The newest of the six, the Tokyo marathon was established in 2007. This race is held annually during the month of February. This year, the winner ran a record time of 2:05:42.

Spark any interest? If a full marathon is a stretch, there are many 5K, 10K, and half-marathons around the world to participate in. There’s no better feeling than the accomplishment after a long run,


All you need is the right training, apparel, and running shoes!
Posted by Eros Sport at 12:22 PM